Outlines the differences between Medicaid billing and commercial insurance billing.

Currently, the United States has a handful of national healthcare programs. These are funded (in part) by the federal government and provide support for low income, elderly, and disabled individuals, and for soldiers and their families.

These programs include Medicare, Tricare, CHAMPVA, and Medicaid, each of which provides health insurance to a very specific group of people. Medicaid is specially designed to help the youngest and poorest of the nation's individuals.

Medicaid is the largest federal healthcare program - it provides coverage for around 50 million people!

This means that whether or not you're already working as a medical biller or coder, chances are that you'll have to learn how to care for Medicaid patients and bill their medical claims.

Medicaid is jointly funded by the federal government and the individual states, together paying out about $300 billion dollars a year.

Although the federal government does have a say in who is eligible for Medicaid, they leave most of the actual eligibility determinations and claims management issues to the states. Because of this, when your provider contracts with Medicaid, she has to sign a contract with your specific state's health department.

This also means that you have to follow your state's rules regarding Medicaid eligibility and claims processing requirements. These rules vary widely depending on which state you're in, but there are basic rules to most Medicaid programs... 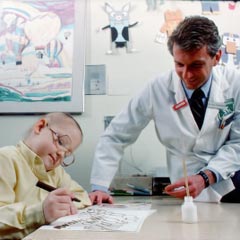 Unlike commercial insurance in which individuals pay a premium for their insurance coverage, Medicaid is provided free of charge for qualified individuals. Medicaid eligibility is most commonly provided to people of low income or resources, especially children.

Because they are low income, patients are rarely required to pay anything themselves. This includes co-pays, coinsurance, deductibles, and other out-of-pocket expenses. Some Medicaid programs do require patient payments, but they are usually very low ($3 to $12 co-payments).

Understanding this is very important when you are billing Medicaid claims, for the simple fact that you have to be very careful about the services performed, knowing what may or may not be covered.

If your office performs a non-covered service to a Medicaid patient and you haven't sufficiently informed the patient and received their consent to pay for the treatment, you may have to write off the amount, losing money for your practice.

Another important eligibility concern is the fickle nature of Medicaid eligibility. Your patient's eligibility, whether or not they are currently covered by Medicaid, may change on a month-to-month basis.

This means that you have to check your patient's eligibility each and every time they come into the office! This makes sure that your claims will get paid and your patients will be receiving the full care that they need.

Billing Medicaid claims is also very different from the way you bill typical commercial insurance claims. Medicaid is a government program, so it may have many different requirements regarding the way you send claims.

This is because both the federal and state governments highly regulate the Medicaid program. They have to maintain the quality of Medicaid recipient's healthcare, as well as keep an eye on their Medicaid budgets.

One important Medicaid program is the EPSDT (Early Periodic Screening, Diagnosis, and Treatment) Program. Very simply, this preventative healthcare management program is designed to make sure that patients receive their periodic checkups, including vaccines.

The EPSDT screening is required by the federal government, although the each state puts their individual spin on it. For instance, in New Mexico they are simply referred to as EPSDT checkups, but in Texas they are referred to as TXHealth Steps checkups.

Furthermore, each state's Medicaid program has specific requirements for the time frame in which the checkups need to be performed, and how they need to be billed. This may include special modifiers, condition indicators, or other codes used on the claims.

If you're billing Medicaid claims in your state, it's extremely important that you familiarize yourself with these requirements to make sure you remain in billing compliance.

Staying in compliance with Medicaid billing requirements makes sure that your claims are paid in full and your office is doing everything necessary to care for your Medicaid patients. 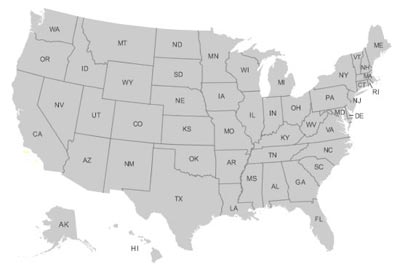 Another important thing to remember when it comes to Medicaid claims is that Medicaid is always the payer of last resort.

When a patient has more than one insurance coverage, you have to determine the coordination of benefits.

This means you have to figure out which insurance plan is primary (who pays first on the claim) and which one is secondary (second on the claim). Usually the secondary payer pays a smaller amount of money, such as the copay or coinsurance amount.

When the patient has two commercial insurance companies you usually use the Birthday or Gender Rules to determine the coordination of benefits, but not with Medicaid.

Medicaid is always the payer of last resort, meaning that it will always be the last payer for any claim. This means that if the patient has a primary insurance, Medicaid will always be the secondary payer. This is the case for every Medicaid patient, no matter which state you live in.


Ultimately, billing Medicaid can be a bit more complicated. But once you get used to it, learning to handle Medicaid is just like learning the intricacies of each and every other insurance company.

For questions regarding specifics on billing Medicaid claims in your state, or how to become contracted to become a Medicaid provider, contact your state health and human services department. They can help you learn everything you need to know to make sure your Medicaid claims go out the right way and get paid on time.

Back from Billing Medicaid to General Information
Back to homepage