An explanation of how coordination of benefits is determined and how it affects both the processing of claims the medical biller's job...

Many times, patients will have multiple insurance companies.

Families and individuals may have as many as three or four insurance companies, especially in the case of military or Medicaid families, who have one or two commercial insurances in addition to Medicaid or Tricare (military) insurance.

When a patient comes into the office with more than one insurance it's imperative to determine which insurance is primary and which is secondary, so that you send the original claim to the right carrier.

You do this through determining the coordination of benefits.

What happens when a patient has two insurances? 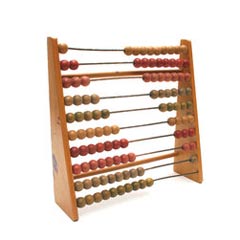 When a patient has more than one insurance, you can't send the claim to both insurances at the same time. This results in a duplicate payment.

Let's say that Blue Cross Blue Shield processes this claim, and pays only $50, while requiring a $20 copay as well as $15 deductible payment from the patient.

If the secondary insurance, in this case United Healthcare, allows the full payment amount, they pay for the remaining patient balance ($35).

If United Healthcare allows a smaller copay (let's say $15), but pays for the rest of the claim, then the remaining patient balance would be only $20 (after both insurances paid on the claim).

You can see how it's beneficial for a patient to have more than one insurance, especially if one of the insurances is a high deductible insurance plan and the other covers a larger payment amount.

This ultimately makes the remaining patient balance less than it would be with one insurance policy. 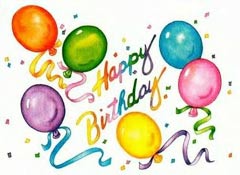 Take a family of four for example.

In order to determine which insurance is primary through the birthday rule, you will have to see which subscriber's birthday is first in the year. Their plan will be primary, and the other will be secondary.

This rule only applies to the date of birth according to the calendar - it doesn't depend on the year the person was born.

When Medicare, Medicaid, and Tricare are involved

When state coverage insurances, such as Medicare, Medicaid, and Tricare are involved in determining primary insurance, you don't always follow the birthday rule.

Take the same family of four as used in the previous example.

In this example, however, the dad is a member of the military, and he has himself as well as the rest of his family covered under his military insurance, Tricare.

Because Tricare is a state-funded insurance, it will always be secondary to any other insurance, no matter when his birthday is.

The only insurance that will be secondary to Tricare is Medicare or Medicaid. Both Medicare and Medicaid are always secondary to any other insurance, no matter what. 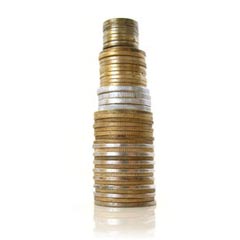 Multiple insurances can severely delay the processing of claims, and sometimes make it practically impossible to get your claims paid.

Certain insurances require an annual update from patients, regarding Coordination of Benefits (COB). If this information is not updated by the patient the insurance company will hold payment on the claim.

On your Explanation of Benefits from insurance companies, you may see a notice that the patient needs to update their COB.

Although this happens only occasionally, it can severely affect the timely payment of claims. See: timely filing of claims.

If the patients are unresponsive, you'll have to call the insurance company to see if you're allowed to bill the patient.

Sending the patients the bill for the claim may be the only way to get them to notice that something is wrong with the processing of their claims.

Many times, waiting for a patient to update their Coordination of Benefits can delay the payment of a clean claim by months.

What happens when secondary insurance pays the claim first...

Multiple insurances can also be problematic when you erroneously send the original claim to the secondary insurance, and they pay on the full claim.

If this happens, you'll have to refund any payments made by the secondary insurance and resend the claim to the primary insurance.

After the primary insurance pays, you'll then resend the claim to secondary insurance, which will pay on any remaining amount. This is a complicated mess, and often takes months to finalize the claim.

Determining coordination of benefits before any claims are sent is an extremely important part of being an efficient medical biller.

If you can't determine which insurance is primary, you may need to call the insurance company, who will have COB information in their system.