What is HIPAA 5010 and What Will its Laws and Rules Do?

If you're new to medical billing, you've probably only heard whispers about HIPAA 5010 and the implementation of ICD-10 codes in October of 2013.

Or if you're already involved in the industry, you've most likely heard some frantic rumors about the major changes that are going to take place because of the new ICD-10 diagnosis codes.

Before anyone can begin using the new ICD-10 codes, however, the federal government first has to implement new HIPAA laws...

So what is it?

Although it gets less attention than ICD-10, the new HIPAA regulations are just as important to the medical industry. It was a major shift in the way medical transactions are dealt with electronically, and deals with changes to electronic claim transactions.

HIPAA 5010 was adopted to replace the current version 4010, which is now in place due to current HIPAA standards. Similar to ICD-10, the HIPAA regulations also had a specific implementation date: January 1, 2012.

This means that since the first day of 2012, all parties that dealt with electronic claims transactions, patient eligibility, or patient information, must be compliant with the new HIPAA regulations.

What are electronic transactions? 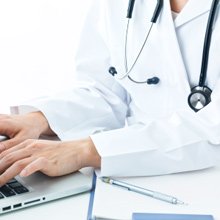 The electronic transactions that HIPAA 5010 is focused on involve the transfer of healthcare information from one party to another.

Under the Health Insurance Portability and Accountability Act of 1996, otherwise known as HIPAA, certain standards were put in place to govern specific electronic transactions. These transactions include:

All of these standards were put in place over 15 years ago, so of course they're very outdated now.

This is one of the reasons why the new HIPAA laws were implemented. It will update the standards for electronic transactions to incorporate all the necessary changes that will occur when ICD-10 is implemented.

It will also take into account all the changes that have occurred in the healthcare industry over the last fifteen years. This includes updates to patient privacy, more strict security protocols, and faster transaction processing. 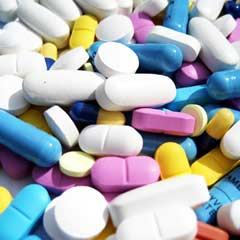 The 5010 regulations will implement over 850 changes to electronic claims transactions and data entry. As we mentioned before, many of theses changes will fix problems in the earlier HIPAA 4010 Electronic Data Interface (EDI) transactions.

It's estimated that the new HIPAA regulations will be able to increase medical billing industry revenue by 11 to 33 billion dollars!

This increase in revenue will be the result of some of the following benefits:

By making electronic transactions easier, HIPAA 5010 seeks to improve the functioning of the entire medical industry.

OK, so what will actually change? 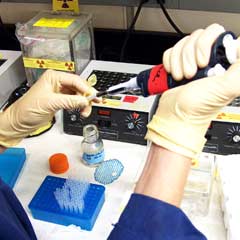 As an example, one of the changes being implemented by HIPAA 5010 is the increase of the field size for patient diagnosis, to be able to accommodate ICD-10 codes.

To explain further, ICD-9 codes are all three to five digits. This means that when a coder is entering a claim on his or her claim system, the field size for the diagnosis code is five digits long. These systems won't allow codes longer than 5 digits to be entered.

Another helpful improvement will be the implementation of an indicator system, which will allow you to differentiate between ICD-9 and ICD-10 codes. This means that if you're entering a correction on a claim, or if you've implemented HIPAA 5010 before the use of ICD-10 codes, you can still use the old code set.

This will help insurance companies, claim clearinghouses, and medical billing practices to distinguish between ICD-9 and ICD-10 codes.

As far as the medical office is concerned, most of what HIPAA 5010 will change will be small parts of your medical billing software package. This is to comply with the new regulations (like the change in the diagnosis code field size).

Other, larger changes will occur behind the scenes, in medical billing clearinghouses and in the internal workings of insurance companies and their many parts.

What do you do?

If you're already a medical biller, your office should already have planned HIPAA 5010 implementation. Full compliance was mandatory by January 1, 2012.

And don't expect a delay. HIPAA 5010 has already been delayed (as has ICD-10), so you may be thinking that it will happen again this time.

But forget the wishful thinking. The new HIPAA regulations are coming in full force, and it's better to prepare now than to face the fines that you'll have to pay due to non-compliance.

Lastly, don't underestimate the changes that you'll have to implement because of HIPAA 5010. It's not just a software update - it will require changes to your business practices, budget, and medical billing processes.

Start preparing for these things now to avoid any penalties later on.