A brief history of medical coding, including information on how CPT, ICD-9, and HCPCS codes came about...

Because the medical coding field is expanding so rapidly at the moment, it may seem like it's a relatively new occupation... but this certainly isn't the case!

Medical billing and coding has been around for decades. And just like fifty years ago, it continues to be an ever-changing field.

Want to quickly get to grips with the fundamentals of medical billing? We recommend the ebook The Basics of Medical Billing, a guide to the industry written by a mother/daughter team of billers. Learn more about it here.

The medical industry is always being updated. Knowing how medical codes were developed and what they're used for will help you understand the ways that they might change in the future. 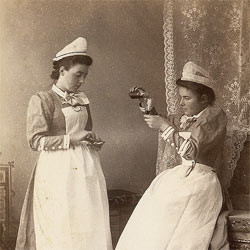 Believe it or not, the ICD-9 diagnosis coding system originated in 17th century England.

Statistical data was gathered through a system known as the London Bills of Mortality, and arranged into numerical codes. These codes were used to measure the most frequent causes of death.

By 1937, this statistical analysis of the causes of death was organized into the International List of Causes of Death. Over the years, the World Health Organization (WHO) used this list more and more to assist in tracking mortality rates and international health trends.

The list was later developed into the International Classification of Diseases, which is now in its ninth revision (ICD-9).

In 1977, the worldwide medical community recognized the ICD system, which then prompted the National Centers for Health Statistics (NCHS) to expand the study to include clinical information.

In other words, in 1977, the ICD system was expanded to not only include causes of death, but also clinical diagnoses such as illnesses and injuries.

But the history of medical coding isn't over yet...

Due to the ever-changing nature of medicine and healthcare, the WHO updated the ICD-9 system to the ICD-10 system when they published the 10th revision in 1994.

This new system accommodates advances in medical knowledge of diseases and their processes, as well as providing additional information on patient diagnoses. 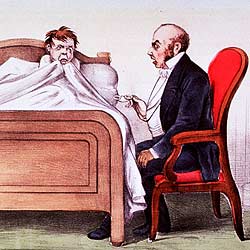 The Current Procedural Terminology (CPT) coding manual provides descriptions of healthcare services. Unlike diagnosis codes, which have been maintained in one way or another for the last three hundred years, procedure coding practices are much newer.

CPT is technically part of the Healthcare Common Procedure Coding System, and is otherwise known as HCPCS Level I. This entire system is copyrighted and maintained by the American Medical Association (AMA).

Because of CMS's influence on the commercial insurance companies, as well as individual and facility providers, the CPT procedure coding system soon became the standard. Another milestone in the history of medical coding!

In August 2000, the Transactions and Code Sets Final Rule mandated that CPT, HCPCS Level II (see below), and their modifiers should be used as the standard national medical code sets.

HCPCS: Supplies, Medicines, and Other Services

As CPT codes are actually a part of the HCPCS system (they're considered HCPCS Level I codes), they were both developed, maintained, and mandated at the same time.

There are lots of parts of the HCPCS code set that change every year, as medicines and new technologies are developed for state-of-the-art treatments. Because of this, the HCPCS code set is less rigid than its partner, the CPT coding system.

From the history of medical coding to its future... 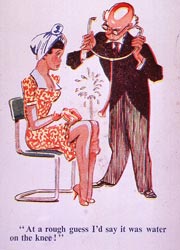 Right now is a very exciting time to be in medical coding. The implementation of the ICD-10 system marks a new era in the American medical industry - it will be sure to change many aspects of the daily life of a medical coder.

As medicine becomes more reliant on technology and web-based medical records, more changes are sure to take place involving medical billing and coding guidelines and the preservation and confidentiality of medical records.

As the medical industry changes, so does our medical coding and billing system. And as they have done in the past, our three coding systems are very likely to change again soon.

Perhaps you'll build a long enough career to see ICD-9 change into ICD-10, and then something else. The history of medical coding is continuing right now, and the future is full of potential!

Read about a career as a medical coding specialist.