The Different Provider Identifiers - A Guide for Medical Coders

An explanation of the many numbers used to identify providers and process their insurance claims...

There are thousands, if not hundreds of thousands, of different medical providers.

From medical doctors to dentists, to nurse practitioners and pharmacists, each one of these healthcare providers is a unique entity. What this means is that they each bill insurance companies differently, with their own provider identification number.

A provider identification number is used by insurance companies to do what the name implies: identify providers.

This is important because when an insurance company receives a claim, they have to be able to identify what type of provider it is from - a doctor, pharmacist, dentist, or optometrist - and who that provider is.

This affects the way the insurance processes the claim. If the provider is out-of-network, the insurance company may apply the charges towards the patient's deductible, or may not pay the claim at all.

Once they've identified the provider, the insurance company also determines the payment rate, based on the provider contract.

Sometimes insurance will pay a certain percentage of the doctor's charges, or they may pay based on pre-determined amounts stated in the provider's contract.

Because of this, it's very important that the insurance company can identify the provider quickly and easily.

What this meant is that a single provider would have many different ID numbers, one for each major insurance company that they billed.

This also meant that both insurance companies and providers had to keep up with numerous different ID numbers.

These numbers, although not created for the identification of providers other than for taxpayer purposes, were sure to remain unchanged and specific to each provider. They were the natural choice to identify different providers.

Although this was an official number, as it was issued by CMS, a government agency, it was only used for providers who billed either Medicaid or Medicare.

The creation of the NPI number

With the implementation of HIPAA in the late 2000s, it was required that each provider be issued a different number, which would identify them to insurance companies. This would replace the UPIN that was issued by all providers that billed CMS and Medicare and Medicaid.

From May 23rd, 2007, each provider was to use this new number, their NPI (National Provider Identifier) number, to bill their claims. UPIN was cancelled the same year.

Outpatient claims forms, which are maintained by CMS, and which were then called the HCFA-1500, were changed to make space for the new National Provider Identification (NPI) numbers. They became CMS-1500 forms, which made a space big enough for the new 10-digit NPI numbers.

Click to learn about the CMS-1500 form, and how it's different from the old form.

Although not federally mandated that all providers use NPI numbers to bill all of their claims for all insurance companies, it's common practice.

This is because it's much easier than using and maintaining different numbers for all different providers. This number is also unchanging and specific for each provider, and is used just like previous provider ID numbers for claims processing.

This number is attached to the provider's information, and is used as a tracking method by the Drug Enforcement Administration, a federal agency.

But it doesn't mean that each provider is under scrutiny by the DEA. It's a means of tracking and control of medications in general, for public health purposes.

When do you use provider ID numbers? 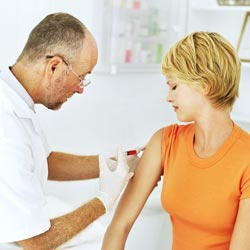 Many providers will have more than one identification number, and they will be used for different purposes.

The number of provider IDs that someone has also depends on how they bill insurance, and which insurance companies they bill.

DEA numbers aren't normally used every day. They might be listed on a provider's prescription pad, or requested by pharmacists. But typically nurses and doctors deal with DEA numbers, not medical coders and billers.

Provider TIN/EIN and NPIs, on the other hand, are an important part of a medical biller's job. These numbers are both included on claims forms, whether they are for dental, hospital, or outpatient claims.

You might also use these numbers when you call an insurance company.

No matter how you look at it, provider identification numbers are an important part of the way doctor's offices do business with insurance companies.

Luckily, you don't have to create these numbers. But keeping track of them and keeping them on hand (or memorized) is important for a medical biller's daily job functions.


Back from Other Provider Identifiers to Billing Tutorials
Back to homepage